US Developments has assembled a team of real estate professionals who average over 25 years of experience dealing with real estate assets of all types. Not in theory, nor as third party asset managers, but as principals who are used to having hard dollars at risk. This team of real estate expertise is what investors need today to maximize opportunities that exist today.

By bringing together experienced real estate professionals from all disciplines, we are able to ANALYZE, DEVELOP, MANAGE, and SELL your real estate assets.

The principals of US Developments have the firsthand knowledge required to develop and implement successful resolution strategies in today's challenging environment. Their backgrounds and expertise give them the ability to work through complex issues. From entitlements, to extending development rights, completing a condo conversion, to disposing of assets, the principals at US Developments have done it all successfully. 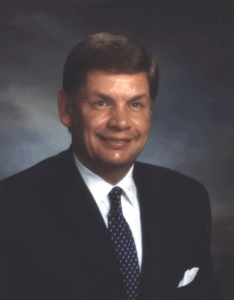 Industry Experience
Mr. Rosenburgh manages a team of experienced development and brokerage specialists who help implement the company's real estate investment strategies on behalf of the company and their clients. Mr. Rosenburgh's career has included positions in government affairs and manufacturing.

After working for two years in the Cabinet of the Province of Ontario, Canada, he joined an international real estate development corporation based in Toronto. While with the company, Mr. Rosenburgh was involved in the acquisition and disposition of more than $300 million in real estate assets. His responsibilities included planning and zoning as well as design, finance, project management and leasing/sales.

Mr. Rosenburgh expanded his range of knowledge in the fields of development and building by acquiring a significant interest in Morewood Industries, a manufacturer of housing components and modular homes. He served as the company's president and managing director for several years. After executing the profitable sale of Morewood, Mr. Rosenburgh returned to land development and residential construction as the Senior Vice President of Bramalea Limited. At that time, Bramalea was the largest publicly traded real estate development company in North America, and Mr. Rosenburgh was responsible for low rise residential housing, design, land acquisition, marketing, sales, purchasing, construction and administration with an annual budget exceeding $120 million.

After a successful career in Canada, he moved to Charlotte, N.C., where he founded Jordan Homes, a residential building and land development company. Some of his projects included Carrington, The Greens at Birkdale (which won several national awards), Legend Oaks and Stonebridge, both large mix-use golf course developments. Deciding to concentrate on land development, he sold his interest in the housing company and established Asset Corporation and US Land Investments, LLC to concentrate in residential, commercial and industrial land development in the Southeastern US.

Mr. Rosenburgh acts as a consultant to many Wall Street firms looking to invest in the real estate markets in the Southeastern US. His advisory services have also included work with the US Federal Reserve and The State of North Carolina Banking Commission.

Education
Mr. Rosenburgh received a Bachelor's degree in political science from Laurentian University. He has a Master's in administration and marketing from Carleton University and the University of Ottawa. Mr. Rosenburgh completed an Executive Management Program at Harvard University and he is also a graduate of the NC College of Bankers.

Public Service
Mr. Rosenburgh has completed a term as a member of the North Carolina Banking Commission. He has served as a Housing Commissioner for the City of Charlotte and as the Chairman of the Charlotte Planning Commission and a member of the Regional Transportation Board. Over the last 12 months, Mr. Rosenburgh has been asked to bring his 30 years of real estate and financial experience to access the current market conditions and provided solutions for distressed real estate assets. These activities have included speaking at real estate forums throughout the US, England, and the Middle East as well as advising the Federal Reserve. His most recent appointment is as a member of the North Carolina Works Commission which is chaired by the Governor and develops policies and strategies to enable the state's work force to compete in the global economy. 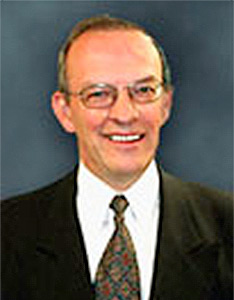 He joined US Developments in the summer of 2012 as the Chief Financial Officer and assisted in the growth of the company to over $100 million in assets.

He was the President of Arthur Mullins & Son, Inc., his own consulting firm in Toronto, Canada where he put together real estate syndications, oversaw mergers and acquisitions, and performed all aspects of due diligence and valuation of corporate and targeted project assets.  He has been involved in leading the successful syndication of retirement homes, hotels, condominiums, and office buildings totaling $110 million.  Prior to joining US Developments, he was Senior Vice President of a firm providing consulting and research to the bank and insurance industries including banks, thrifts, credit unions, insurance companies, banking and insurance trade associations, independent insurance agents, and law firms.

Mr. Mullins received a Bachelor of Applied Science degree in Civil Engineering and a Master's in Business Administration from the University of Toronto in Canada. 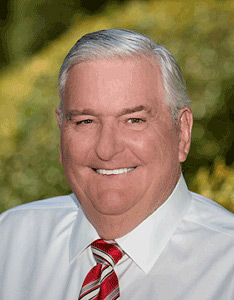 Learn More
John Kelterer
RBF Consulting
john.kelterer@gmail.com
Mr. Kelterer has his own Real Estate Advisory Firm. Mr. Kelterer represents private and corporate clients to assist in the enhancement of real estate assets to include repositioning of assets, asset valuation, acquisition, disposition, and overall strategic direction of real estate holdings. In this capacity, Mr. Kelterer not only advises on strategy but manages the implementation of asset repositioning to include construction where applicable. The clients include public companies as well as private investors. Additionally Mr. Kelterer is a partner and active participant in US Developments, a Charlotte based land development company which also specializes in golf course oriented properties.

From 2005 to 2009, Mr. Kelterer was a principal in the firm of McWalters and Kelterer. McWalters and Kelterer is a Real Estate Advisory firm specializing in providing its public and private clients with a variety of services intended to enhance the value of their real estate assets. One of the featured services of this firm was acquiring entitlements for clients, the largest of which was a 350 acre master planned community in the Inland Empire. The entitlement included 1860 homes, and 1.3 million square feet of business park. As part of his responsibilities, Mr. Kelterer managed the relationships with a number of private and corporate clients. At the time of the completion of the entitlements (2011), the market was not receptive to the sale of the asset. The project was put on hold but Mr. Kelterer has re-engaged with the owners of the 350 acre master planned community to update the entitlements and provide an exit strategy to monetize the asset. As part of the firm's assignments, Mr. Kelterer also acted as an advisor to California State University Fullerton in their search for a South Orange County Campus as well as being involved in the acquisition of other properties. He was very involved in the initiation of the new specific plan which was joint ventured with the City of Fullerton and covered the property between Nutwood Ave. and Chapman Ave, occupied by Hope International University, existing CSUF properties, and privately owned student apartments.

Prior to the formation of McWalters and Kelterer, Mr. Kelterer founded Benchmark Development Company in 1995, where Mr. Kelterer served as its President and CEO. Benchmark was the Master Developer of a 5000-acre master planned community known as Rancho Santa Margarita located in South Orange County, California. Rancho Santa Margarita had in excess of 15,500 residential units, 7.5 million square feet of commercial, industrial and retail space, and numerous parks, walking trails, and recreational amenities. Mr.Kelterer originally financed the project in 1985, while at Merrill Lynch, and was asked by the institutional investors (Copley Real Estate Advisors on behalf of New England Mutual Life and Harvard Capital) to return to the project in 1995 to finish the buildout. At the time the project was severely overfinanced, sales had dwindled to a few, and other serious problems existed. This caused the investors to take the project back. Since that time, in excess of $135 million in debt was repaid, public financial instruments were restructured, illiquid partnerships were terminated; overhead was cut to manageable levels, adjustments (including significant re-entitlements) were made to the business plan to increase revenue and assets were sold in an orderly manner. When the project concluded in the year 2003 the investors received in excess of $100 million in net distributions. These distributions were after the payoff of all debt and the complete return of capital and preferences.

Mr. Kelterer's background includes 16 years at Wells Fargo Bank where, as Senior Vice President, he founded the Southern California Division of the bank's Real Estate Industries Group. The Southern California Division grew to generate in excess of $3 billion in annual financings from 1976 to 1981 throughout four offices and a staff of approximately 125 people. Mr. Kelterer ultimately became Deputy Group Head where he had responsibility for the management of the entire statewide group with annual financings in excess of $5 billion. 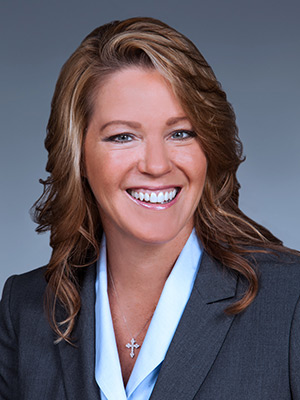 Learn More
Kimberlee L Douglas
Realtor - Broker In Charge/VP of Operations
(704) 576-4322
Mrs. Rosenburgh entered into the Real Estate industry in 2011.  While working for Dynamic Asset Management as a Human Resource Consultant in the asset management business she became drawn to the fast paced, always changing real estate profession.  After over 25 years in the Human Resource field she decided to move into real estate and obtained her license to practice in 2014.  Mrs. Rosenburgh has worked and continues to work for US Developments as their Broker in Charge for North and South Carolina.

In her spare time, Mrs. Rosenburgh enjoys tennis, workouts, reading and music.  She is also an avid football fan!

US Developments Brokerage Team brings a wealth of experience in brokerage as well as leasing, site selection, valuation and real estate investment.  We are well established in the Carolinas, providing off market opportunities to our clients.

As a team we are committed to do whatever it takes to provide solutions for all our clients' real estate needs.  This commitment, combined with over 50 years of real estate experience, will be put to use to solve all of your needs as our client.  Our knowledge as broker/developer will be used to make real estate your investment class of choice. The value add we bring to our brokerage clients is that we understand how to develop and manage real estate. Sharing this information helps our clients to make better decisions.